by Dario Mars And The Guillotines 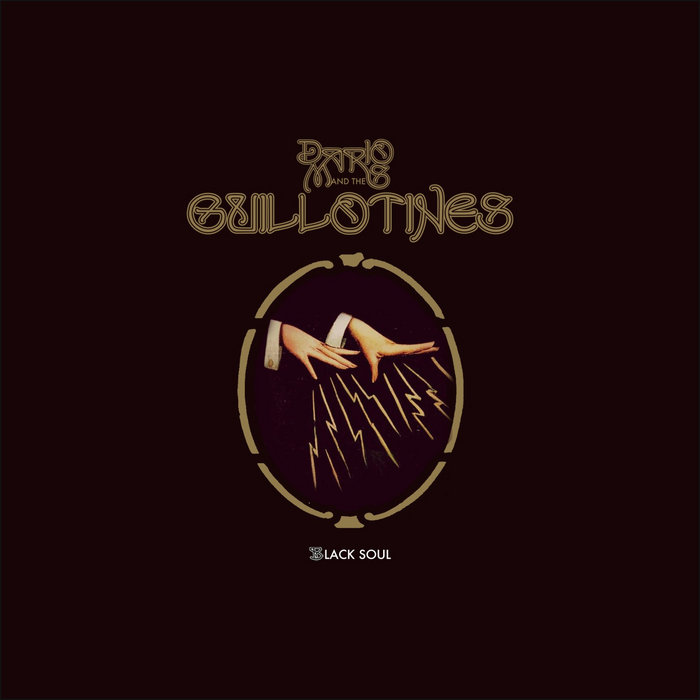 Could you imagine listening to the perfect sound track for a late '60s French black & white movie one moment, and the next to a tune that would fit perfectly for a mystery novel by Edgar Allen Poe or a fantastic story by H.P. Lovecraft, before being drawn into the sound-world of Italian Spaghetti Westerns? Tarantino himself couldn't do better in compiling these diverse atmospheres into a unique, undivided whole.

Prepare yourself for an eclectic, adventurous journey into sound. Raw, unpolished, honest and always with soul, albeit a sinister BLACK SOUL!

Dario Mars & The Guillotines were formed in March 2013 after multi-instrumentalist and composer Renaud Mayeur wrote and recorded more than 20 songs in his home studio. Together with Polish multi-instrumentalist David Kostman (bass, backing vocals and piano) he started to arrange the songs. In Bineta Saware he found the perfect soulful voice (and live performer) for his compositions and with Vincenzo Capizzi the right man on drums.

Together they re-recorded 12 tracks which Mayeur produced and mixed himself. The albums was mastered by Marcel van De Vondervoort (Torture Garden Studio)

Renaud Mayeur is a unique talent in the Belgian music scene. In the 90's he started his career in underground punk-rock and metal bands and became more known due to his membership of the infamous garage-shock band La Muerte from Bruxelles.

After their split, Mayeur replaced Mr. Paul in platinum selling act Triggerfinger for almost 7 months and started to work with punk rock band Les Anges. Leaving his wild rock'n roll adventures behind, Mayeur then left noisy Bruxelles and went to the small village of Braine-le-comte to focus on his career as a serious film score composer.

Mayeur wrote the score for the road movie 'El Dorado' from Bouli Lanners which won a Golden Palm on the film festival in Cannes, and won the annual 'Margritte Award' (Belgian award) for Best Movie Soundtrack for 'Mobil Home"(directed by Francois Pirot) in the same year his soundtrack for "Torpedo" directed by Mathieu Donck was also nominated for a best soundtrack award. More recently Mayeur made his first steps into mainstream French cinema, writing the score for "Dans Tes Bras" by Hubert Gillet with Michele Laroque.

Dario Mars And The Guillotines Belgium

Bandcamp Daily  your guide to the world of Bandcamp

Ashia Karana guests plus jams from across the globe from IAMDDB to Mndsgn and more.